I found the cutest little playstation miniset a while ago on Flickr and managed to locate it on Ebay because I went totally nuts and had to have one (Japan seem to have everything). 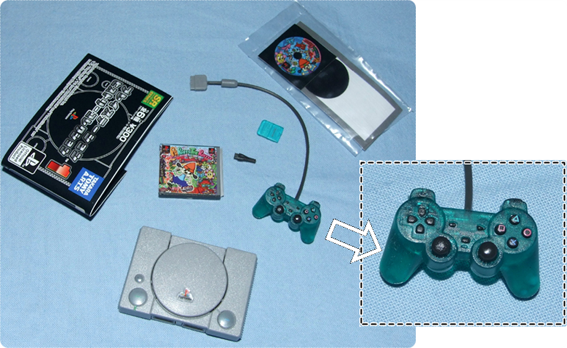 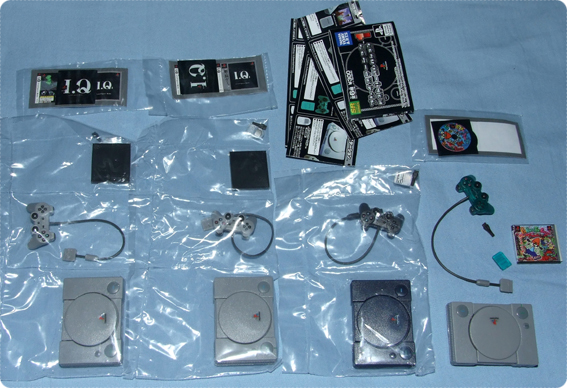 But they are so adorable! And well-made! Two of them is the same though (grey), so I'm thinking of selling one of them SOLD. Totally perfect for Pukifée. Just take a look: 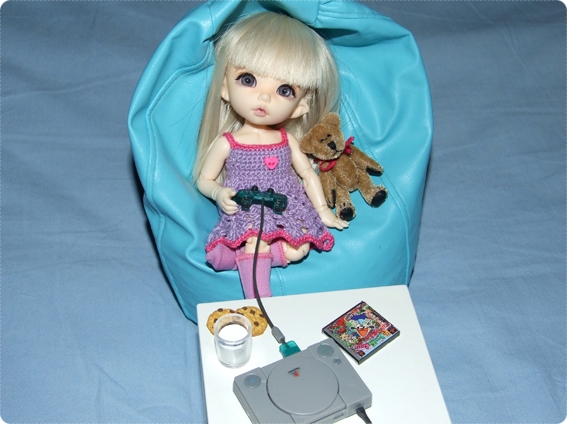 Darn. Before, I was like: No unhealthy TV for my child...ehrrm, doll!
Now? Got to have a TV. How can she play with her new toy otherwise? 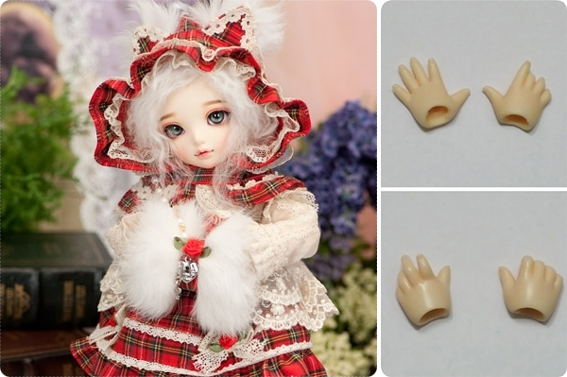 I have always collected small things, like furniture and tiny teaddybears. For example, I have a wonderful little park-bench in the window. Have to show it some other time though. But until then; here's a desk and a dresser with a mirror. Found it on Tradera some time ago. Both out of wood and in similar size. But way to big for Shilou (Pukifée) and too small for Barbie-sized dolls. Could be perfect for a Littlefée. Which means: off to storage. 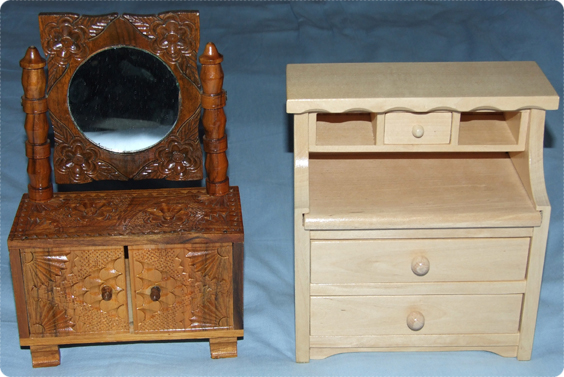 Sidenote: I have fallen in love with the new Littlefée Chloe Rose Cat Fullset (and Pukifée Zio). Chloe doesn't match my planned character in that size at all (which should be dark, gloomy and with a hit of evil). Instead she is adorable and innocent-looking.

(But it's strange like that. Before I bought Shilou, I was SO sure that I would never have a blond girl. Red, black, blue, white and maybe warm ash/sandy blond. Never platinum blond. But then she came and there was no doubt; this was a girly girl with blue eyes, a fringe and way to perfect blond hair. I haven't gotten around to buy the blue eyes yet, but that will happen...some day.)

Not that I can afford any of the two new dolls. But one can dream, can't she?

The Monster High cartoon is kind of cute, but the dolls...well, I really didn't think much of them before. Way too skinny and WAY too much makeup. But I do love their hands however. And then...Yes, THEN. I saw that some people got rid of the original makeup and did custom faceups. And Woooooh, I have found some amazing work (take a look at Flickr for example). I started to collect an inspiration folder on my computer with peoples amazing repaints and it got me thinking...it could be a good start for me to practice faceups on a Monster High Doll. Much cheaper than to buy a BJD head.

We don't have all the dolls here in Sweden as usual, but I found some few (very few!). I bought Ghoulia. I'm a sucker for blue hair. 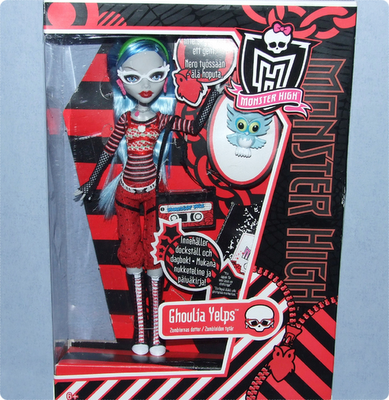 The deboxing was no problem. But I quickly got disappointed over the fact that her head didn't seemed to be able to look down and the glasses also left some marks above the nose. And then, when the clothes were supposed to come off so that I could see how she was made: ERROR. One of her boots (very cool looking boots, I have to say) was not coming off. I pulled and yanked, but it was impossible. I got worried that I would break something and I even think I made one or two scratches on her. It was like the frekkin' shoe was glued to her foot!

...hot water. After I while it came off. My fingers was hurting and I made a promise to myself to never never never put those shoes back on. They sure looked great, but it was not worth it. Bye bye shoes. 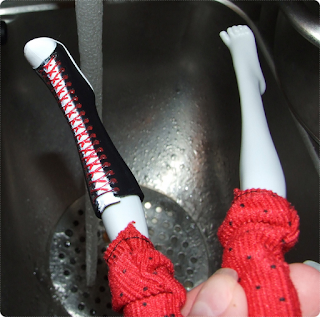 Have anyone else had this problem? If I ever buy the same doll with the same outfit, will it be just as difficult? Hope not. Anywaaay...here's Ghoulia, bare feet and all: 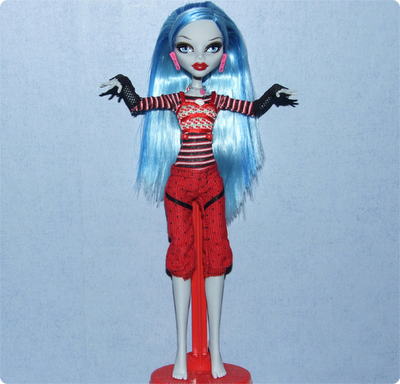 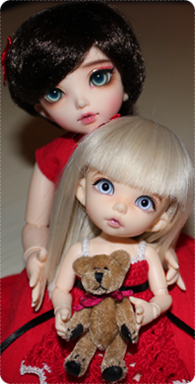 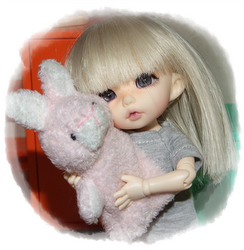 Dolls that have moved away: